The orthic triangle of a triangle ABC is the triangle whose vertices are the feet of the altitudes from A,B, and C to the opposite sides. It is also the pedal triangle of the orthocenter. 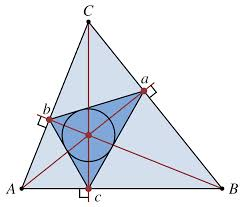 Denote the feet of the altitudes by A′,B′, and C′, respectively. Then

which can be summarized as follows:

Note: Try to solve this within a minute.

The orthic triangle also has the smallest perimeter among all triangles inscribed in an acute triangle ABC. 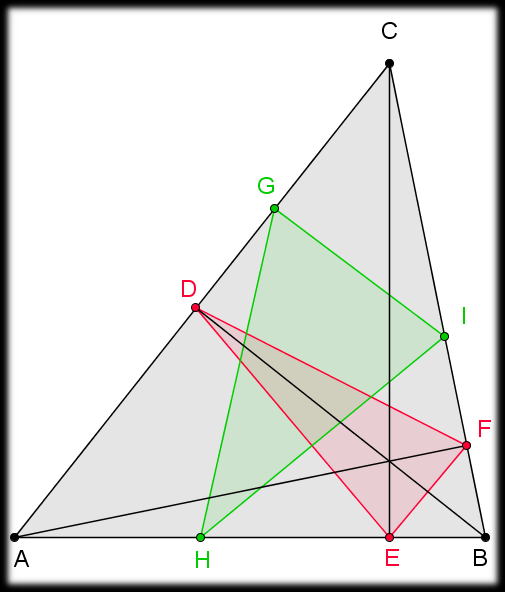 The red triangle has a smaller perimeter than the green one.

A triangle ABC with sidelengths a,b,c and circumradius R has the property that its medial triangle is congruent to its orthic triangle.

What is the minimum possible value of R2a2+b2+c2​?