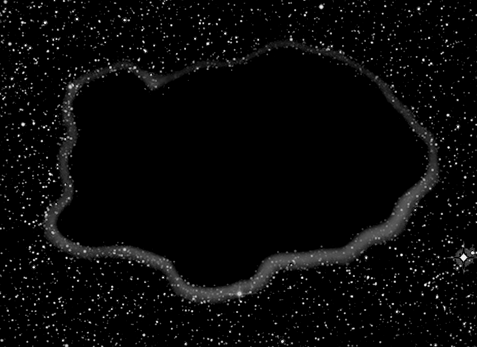 What is black matter?

Dark matter is a kind of matter hypothesized in astronomy and cosmology to account for gravitational effects that appear to be the result of invisible mass. Dark matter cannot be seen directly with telescopes; evidently it neither emits nor absorbs light or other electromagnetic radiation at any significant level.

In the early 1990's, one thing was fairly certain about the expansion of the Universe. It might have enough energy density to stop its expansion and recollapse, it might have so little energy density that it would never stop expanding, but gravity was certain to slow the expansion as time went on. Granted, the slowing had not been observed, but, theoretically, the Universe had to slow. The Universe is full of matter and the attractive force of gravity pulls all matter together. Then came 1998 and the Hubble Space Telescope (HST) observations of very distant supernovae that showed that, a long time ago, the Universe was actually expanding more slowly than it is today. So the expansion of the Universe has not been slowing due to gravity, as everyone thought, it has been accelerating. No one expected this, no one knew how to explain it. But something was causing it.