Certainly not the Pareto Optimal thing to happen 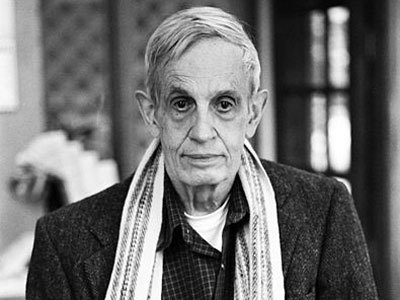 The Beautiful Mind is no more.

He was a great mathematical mind indeed.

What truly is logic? Who decides reason? My quest has taken me to the physical, the metaphysical, the delusional, and back. I have made the most important discovery of my career - the most important discovery of my life. It is only in the mysterious equations of love that any logic or reasons can be found. I am only here tonight because of you. You are the only reason I am. You are all my reasons. Thank you.

For me, the biggest impact of John Nash's work has had on my world view is that Pareto thing, "Not the Pareto Optimal thing to happen". First, Nash proved that in any non-cooperative game, there always exists at least one equilibrium point where the players see no benefit in changing their strategy. Next, he proved that there could be and usually more than one such point, of which not all and even most aren't even optimal. In other words, players in a game can easily get stuck in a rut and not ever "move" to a better place to be. Doesn't this describe a lot of what we're seeing today? Adam Smith's "Wealth of Nations" seems to imply that the "unseen hand" of the free market will unerringly guide it to the most optimum strategies. And that is the entire argument pushed by those that want the least government or regulatory interference. But, as Nash's work points out, not only this won't necessarily happen, it isn't even likely to happen.

Too often, when we see things stuck in an useless rut, like the current US Congress, what it needs is a swift kick in the pants to get it out of the rut.

So sad, a life so important cut short by an accident.

Cut short in the sense, with out the accident it would have been longer.

True He will be remembered as the greatest genius of our generation. one with a beutiful mind.

Rest in Peace. Must be hard being schizophrenic

If I could accomplish what he has accomplished, I don't think I'd mind being schizo.

I cannot even imagine that. It must be hard that who you thought to be your friends did not go away or die but even worse never existed.