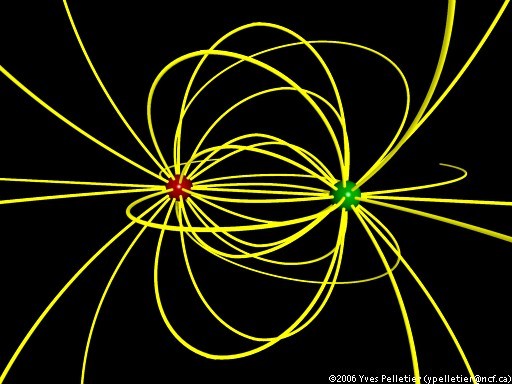 I am really confused about the behaviour of electric field through dielectrics.

I have a question:

Let's suppose that I have two point charges, q1​ and q2​, separated by free space. Now the force of attraction between them is clearly obtained by coulombs law, ie:

Now suppose that instead of free space, the whole system is in a dielectric, then again we clearly conclude to:

I am a bit doubtful about this relation. As this would imply that a metal sheet would completely prevent the two particles from interacting with each other which is not the case.

I feel that there is a grave error in my concepts.

Please help me on this.

Saurav, suppose i have a positive charge placed inside a metal shell. Now the field lines from the charge enter the shell and leave it from the outer surface. Since elofs are emerging it means that e field due to that charge at a point outside the metal shell is some finite value.