Do you think Galileo is correct? 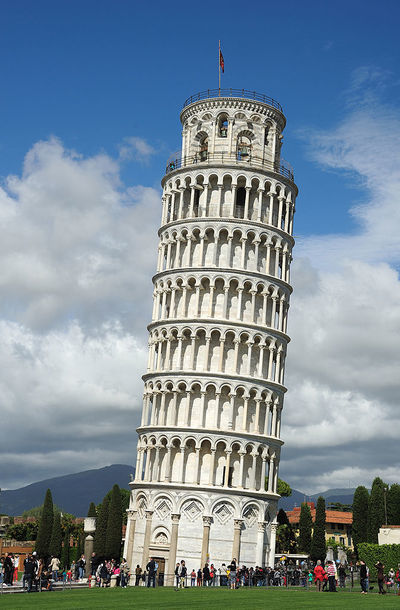 In the Laws of Gravity by Galileo, we say that every object take equal time to fall if there's no air resistance. We always ignore that The Earth will also have acceleration due to that object also ! So, if we don't ignore that concept, Are Galileo's Laws of Gravity correct? Think once again, can you explain your logic behind your opinion?

Traditionally, g=r2GM​ Where, M=Mass of earth r=Distance between the object and the center of the earth

Then, assume the earth is still. So, Relative (Actual) Acceleration of the object g=go​+ge​ =r2G​(M+m)

So, in reality, in actuality, Galileo's Laws aren't perfect!

But most of the time we ignore acceleration of the earth (Acceleration due to object) , which makes calculations simpler!

You cannot add up those accelerations. By Newton's Third Law, they are equal amd opposite, which is perfectly okay because we're seeing one of them from the earth's coordinates and the other from the object's reference frame. When you mean to add them up, what reference frame are you using?

@Arifur Rahman This equation is very hard to understand:

What object is supposed to have the acceleration go​+ge​ in your situation?

So, if you don't like to use any of the above techniques, do your own equations. But whatever you do, you can't neglect Acceleration due to object this time.

Actually, its much more conceptual, rather than being analytical. Make your brain thinking and everything will be crystal clear.

Oh, now I see what you are saying. If we hold the Earth, or the object still, then the acceleration of one of them relative to the other will happen at g. How massive does the object have to be before we can notice this effect?

@Josh Silverman – I still doubt that. Where did the g_0 come from in the first place, then?

@Agnishom Chattopadhyay – That go​ is the Acceleration due to the object , as its already mentioned. And this is what you neglect in your Galilean Equations.

@Muhammad Arifur Rahman – How massive would the object need to be to change its measured acceleration by say 1%?

Notice that, its quite a Huge mass. Which necessarily means we can neglect it.

@Josh Silverman – I think Josh Silverman, who's a problemsetter of the "IPhOO 2014" , knows the answer, without anyone's help.

Thanks for the mention. I find something fishy here.

You find something fishy, Agnishom Chattopadhyay !

@Muhammad Arifur Rahman – I'm sorry you're offended by that word. I meant that your idea looks a bit wrong.

@Agnishom Chattopadhyay – Thank you. That's called frankly speaking, being friendly over the internet. You're appreciating.

You're looking and searching here and there for a Reference Frame, right?

Well, make the universe your reference frame (though nothing in this holy Universe is stationery!) . You'd like some more calculations. You might've solved Train Collision type problems. Both trains decelerate to Stop a collision from a distance(linear, of course) d. What Reference Frame you use there? - The surroundings , to be more precise Earth is the reference frame there.

So, if the distance between Center of the earth and the Object is r You'll make, r=21​ge​t2+21​go​t2 r=21​(ge​+go​)t2 I think its excess to explain how we came up here. And (ge​+go​) is that so called Relative Acceleration and you can find out millions of Reference Frames around Earth- Object Attraction

Its a bit surprising that Agnishom is asking this type of questions. Because your Physics Level is relatively higher that average explorers on Brilliant.

If the earth is the frame of reference, are we not supposed to see it still?

I mentioned The surroundings around earth and the object is that reference frame. If earth was the RF, then what I'm talking about!

We were taught in the school that irrespective of the weight, when two objects of different weight are thrown at the same time from the same height in an ideal resistance-less atmosphere both would reach the earth at one and the same time as per Galileo's Law.I had my own doubt though I could not disprove this Galileo Law and felt that heavier object would reach the earth slightly earlier than the lighter one, even though the difference in time could be too small to be taken into account. Arifur Rahman's proof as above seems to vindicate what I had doubted. One formula in Physics says F=ma, where F is the force and m and a are mass and acceleration respectively of the objects. That means Force (F) generated is a function of mass (m) and acceleration (a). Heavier the mass or more the acceleration or both more would be the Force exerted. Obviously though the acceleration remains the same and the mass varies or if mass remains the same and acceleration varies, the heavier object and the object with higher acceleration would be acted upon by more force than the lighter one/or with less acceleration and hence the heavier object with more acceleration would move a bit faster and reach the earth earlier than the lighter one howsoever smaaaaaal the difference in the force is. Further, every object in the Universe attracts the other objects even if the force of attraction is too small to be felt. As such, the falling objects attract the earth and so also the the earth the falling objects. This force also affects the motion of the falling objects. The Heavier will be attracted by more force and the lighter one with less force. This also makes their motion slightly different one from each other. In the end, I am inclined to agree with Rahman when he says when we ignore something because of its negligible value does not mean it does not exist. Hence we may say that the Galileo Law, though almost nearest to the actual finding, it has some minor difference which we have been ignoring. I invite Arifur Rahman to comment on what I have stated and add his views to this.

Very thoughtful explanation. Its nearly correct, but not totally accurate. Yes, we don't need to consider earth's acceleration. But if you want pinpoint correct answer, you will have to do a little bit more.

Thank you, Venkatesh Patil for your nice writeup which made this note precise.

BTW, If you're not in the Brilliant Lounge , join today. We will be happy to have you onboard.

Exactly. I wish we could have Galileo alive to correct him!

Galileo made only some experimental observations without knowing what law works behind.. and the error due to the earth's acceleration is so negligible that it can be hardly measured by experiments..further when someone is dropping a body at one location of the earth's surface..there may be bodies which are being dropped (or falling) at various different location..which may even nullify the first body's effect on the earth..so experiments can hardly detect it.

@Kuldeep Guha Mazumder – Yeah, the object needs to be 6×1022kg to increase the g by only 1%. Most probably this isn't measurable anyway. And when there are thousands of objects being dropped every moment, nullification is so common. We can't even witness such difference.

@Muhammad Arifur Rahman – Yup! That's what I am saying.