If I have seen further, it is by standing on the shoulders of giants 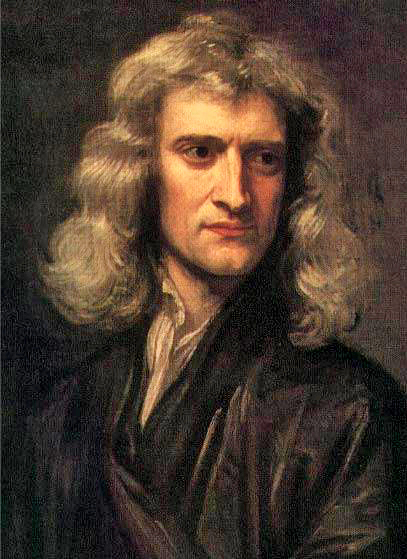 Sir Isaac Newton, (4 Jan 1643 - 31 March 1737) was an English Physicist and Mathematician, and arguably the greatest scientist who has ever lived. He is my favorite scientist and role model!

Why is Newton so famous?

What are some cool facts of about Newton?

And interestingly, he believed in God, but rejected the concept of Trinity.

That was all about Newton. Hope you people enjoy, thanks a lot!

Lols @Das.... Why is Robert Hook your personal enemy??

He discovered the cell, which lead to the discovery of a brand new subject called...

My enemy too for that very reason.

Biology was studied way before cells were discovered.

But studied extensively after this discovery. Even Oceanology exists.

Great post! I wish I had seen this before.

And interestingly, he believed in God, but rejected the concept of Trinity.

What is the concept of Trinity?

It is perhaps something like bramha Vishnu maheshwar kinda stuff :p

Alright. I accept the idea of God, and reject Trinity too.

Even though Newton created calculus, my favourite is Einstein, simply because of the way he thinks. He was just so creative; he revolutionised the way all of us humans look at the universe.