First 100,000 digits of pi and tau: Visual representation and code

There was an interesting post on Reddit for generating a visual representation of the first 100,000 digits of π. I modified the code slightly use Brilliant's color palette, and made a variation for producing τ. I ran this code on Ubuntu Linux, but it should work on any Unix-based platform (Linux, OS X, BSD, etc), though you will have to figure out how to install dependencies yourself.

This works by generating 100,000 digits, converting them to color pixels in a 2-step process, and then generating a final image. Here's the result: 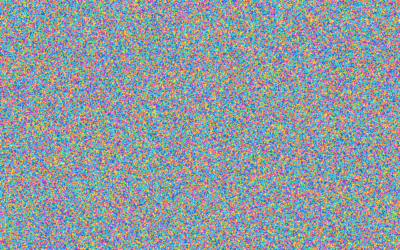 If you'd like to do it yourself, you will need basic command-line tools available on Unix, as well as:

Here's the original code, modified to use Brilliant colors and for faster execution:

Details on how it works:

To produce τ, modify the code slightly to multiply π by 2 using the unix utility bc: 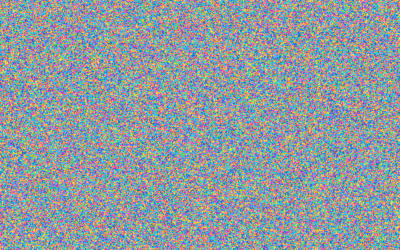 Pretty big difference between the two, no? =P

The 3rd digit of PI seems to be wrong in image. Could someone check?

I actually made a site a few months ago that builds the first 500,000 digits of pi pixel by pixel.

how can I get long digits of pi in matlab?

I just found a way to get the value of pi: https://brilliant.org/discussions/thread/i-found-the-value-for-pi-on-my-own