Generalization of Pythagorean Theorem with Orthocentre

We all know Pythagorean Theorem: the legs a, b and a hypotenuse c of any right triangle satisfy an equation: a2+b2=c2

The commonly known generalization of that theorem is Law of Cosines:

There is another generalization and it involves use of Orthocentre. Let H be an Orthocentre of △ABC, let D,E,F denote feet of altitudes from A,B,C respectively. 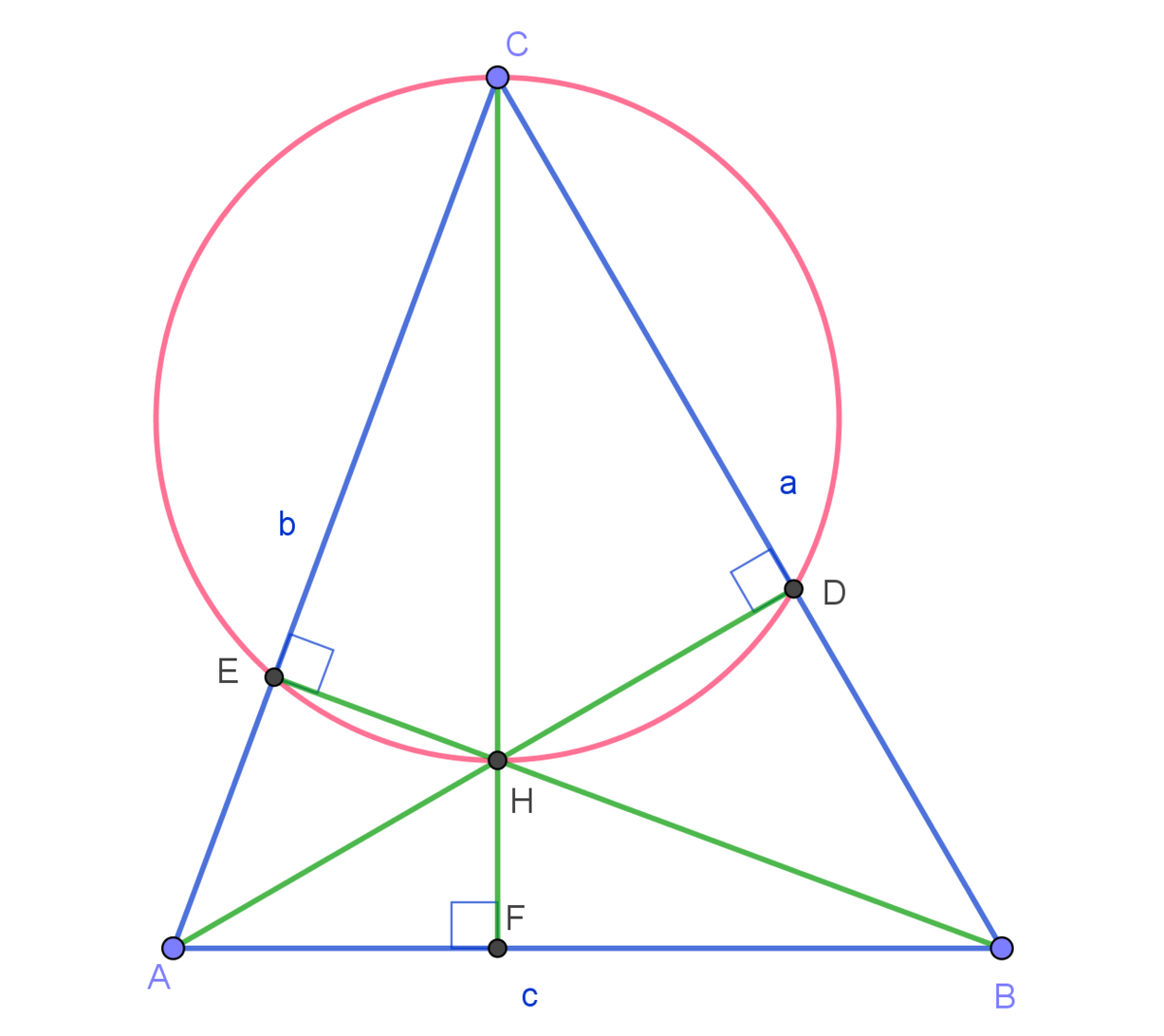 Since ∠ADE=90,∠BEC=90 we conclude that quadrilateral CEHD is cyclic. Using power of point we can state that: AE×AC=AH×AD and BD×BC=BH×BE

Susbstituting it in the previous equation we get

In a special case when ∠C=90 then H=C=D=E and it becomes regular Pythagorean Theorem.

What is interesting is that if we create a right triangle on the other side of AB, with legs AP=AH×AD​,BP=BH×BE​ and hypotenuse AB, and repeat for sides BC,AC we will get a net of a orthogonal tetrahedron with apex P. 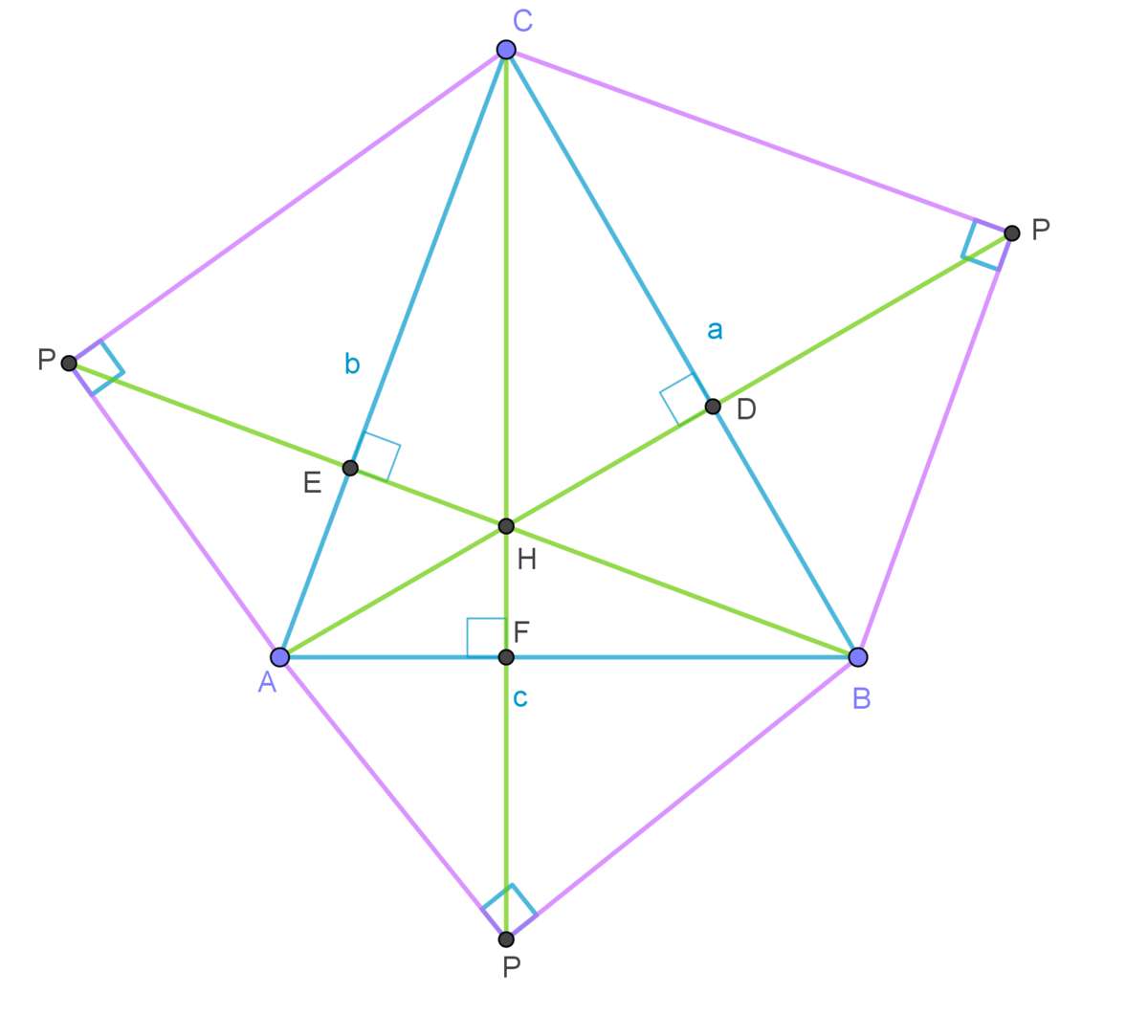 It is commonly known that AH×HD=BH×HE=CH×HF.

It can be easily shown when exploring tetrahedron ABCP that this constant is HP2.

I currently do not have time to fill out all the details but I trust anybody who knows basics of geometry can fill in the blanks. I have come into realization of these facts which amuse me some years ago when solving brilliant Trirectangular Corner Locus and eventually I made an effort to write this as imperfect as it is. I thought it is better than not doing it at all. Writing, even notes or solutions can always be perfected, but fear of imperfection often means not doing it at all.

However, I don't see how this is a generalisation of Pythagoras' theorem using orthocentres. All you have done so far is use the orthocentre of a triangle to generate a net for an orthocentric tetrahedron...

P.S. If it takes me more than 10 minutes to try to understand this note, then I generally consider there to be something wrong with it. In general, if you lay out your steps properly, concisely and in detail, you will find that it would save the reader a heap of time to understand what you are writing.

May I ask whether you have written any papers on it? I am writing a paper on orthocentric tetrahedra and would really like to look into this aspect of it.