Following is an article I found in a book. Thought to share it here...

" Everyone has heard of Murphy's first law: "If anything can go wrong, invariably it will." But hardly anybody has even a foggy idea of who Murphy was. 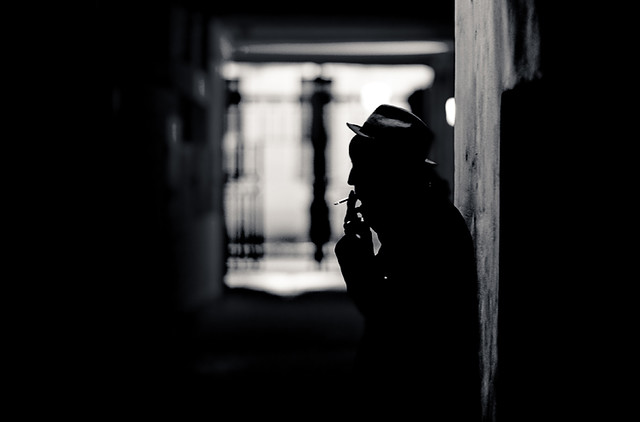 " The search for Murphy's notebooks led to a garage in Toledo, Ohio; an inventor's junk loft in Aliquippa, Pennsylvania; and the home of a retired female blackmailer in Sarasota, Florida. It was learned that Murphy had no first name, that he never could hold a job, and that his writings were returned by the post office for insufficient postage. It seems everything Murphy wrote about had some explanation for why things go wrong. Consider a few more Murphy classics: A very witty and philosophical note thank you...

Oh, it's all life as usual. Try to do a start up company, and you'll discover how practical these observations are.

Let me add one more of my own:

Just because you've managed to convince everyone else of your idea doesn't mean you're right.

I agree. It's amazing to note the nature of Mathematics here. People argue on concepts and theories in other branches of science. They stay put to their argument. In case of Mathematics, the debate ends and soon enough two mathematicians agree with each other.

Following is a comment (or opinion) I found here, I am copy-pasting it..

"I've been trying to study some different sciences in my life, ranging from biology to mathematics, and if I try to explain to people why I like mathematics above the others, I think the most important reason for me is that mathematicians, in the end, almost always seem agree about something.

"I mean, sure, sometimes, I disagree about something, with some other student, but I'm sure that either he can convinces me that I am wrong, or I can convince him that he is wrong. Or if we are really stubborn, I'm sure that we can go to a teacher, and how stubborn we may be, in the end, one will be convinced that he is actually wrong.

"Well, in all other sciences, the opposite seems to be true. If you for example look at health sciences, then you hear a scientist, that studied this matter for years say almost the exact opposite of some other scientist. And those scientists debate with each other, and in the end they still disagree.

"Even if in physics, you have great minds like Albert Einstein, who was convinced that "God doesn't play dice." and disagreeing about this subject with other scientist until the end of his life..."

I think the reason why "mathematicians usually end up in agreement" is because there is no place for "different opinions" in mathematics. Either something is proven to be true, or proven to be false, or it simply has to be left on the shelf as "undecided". One doesn't take sides, and say, "Well, that's what you think, but I don't agree with that!" Contrast that with politics and even the way too many people look at science, "So that's just a theory! My opinion is just as good as yours!", and believe that "facts" are decided by popular appeal. With all the screaming out there, it's nice to have one place where, like playing chess, the conclusion is unambiguous--either a theorem is true, or is false, or it's undecided, and everybody is okay even with the last, and can go to have a good night's sleep without knowing if it's true or not.

This can help us to discuss topics as "Mathematics In Other Universes". Mathematics would overlap much more than other discoveries or body-of-knowledge or sciences Aliens have (if they had any.) Some would posses great capabilities in visual thinking. Some would have a much better number system. Some may be far behind us. It would be similar to the way mathematics developed or evolved or emerged here.

That's the idea behind the old truism, "If it ain't broke don't fix it"

In my opinion the moral behind is that if you try to improve for instance a prototype beyond perfection you finally will fail . Obviously the wisdom to decide when much is enough is always elusive.

Okay. I can relate it to my experiences in painting classes. Whenever I tried to 'improve' a painting, after a threshold I would spoil it. I can imagine an unrelated one: suppose a diamond cutter is continuously trying to make a diamond perfect, after a time, he will eventually damage it more.

..the wisdom to decide when much is enough is always elusive.

your this line was witty :)