The sum of Euler's totient function φ(x) over the first twenty-five integers is 200.

200 is the smallest base 10 unprimeable number - it can not be turned into a prime number by changing just one of its digits to any other digit. It is also a Harshad number. 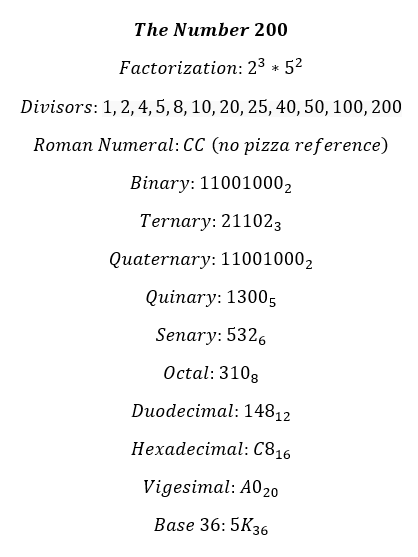 Thank you so much. :) I plan to keep my rank up everyday for a long time. 200 was a little challenging to get, but I known that I still keep up my streak.

Congrats! Keep it up!

Thank you so much. :) I plan to keep my rank up everyday for a long time.