Please do read this : Earth in the hands of evil 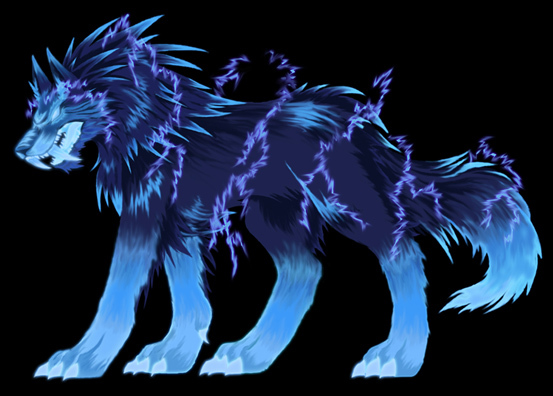 The Intergovernmental Panel on Climate Change report, published in 2001, is one of the scariest documents you will ever read. It talks about changes to the Earth by the end of this century which will be as great or greater than occurred between the end of the last Ice Age and the time when humans started changing the atmosphere; it is huge. It alarms me, and it should alarm anyone. Just imagine that you had lived 12,000 years ago, before the last Ice Age ended, in a tropical civilisation somewhere in South-East Asia. What would have been your reaction if some scientist had told you that within not too many years the sea level would rise by 120m, by 400ft? What the precise impacts of elevated greenhouse gas levels will be I cannot say; but we are on course for changes on that sort of scale. In addition, as the world gets very hot, it will not be able to produce anything like as much food as it does now; so quite literally, billions of us are going to be faced with starvation. These issues amount to a challenge far greater than anything humanity has faced since the shift out of the last Ice Age into the interglacial period. Dead worlds As a Gaian scientist, a general practitioner of planetary medicine, I have spent decades trying to see the Earth and life on it as an integrated whole. It is not only climate change and the emissions of gases which are causing it - carbon dioxide, methane, halocarbons, nitrous oxides - which concerns me. At the same time we are taking for our own purposes more and more of the natural ecosystems that usually regulate conditions at the planet's surface. We are denuding forests, changing biodiverse lands into monoculture deserts, acidifying the oceans.

Venus, as mapped by the US Magellan spacecraft, Nasa If there were no life on Earth, it would be a giant arid desert, just like Mars and Venus
To put Earth's self-regulation into perspective, compare our planet with its neighbours, Venus and Mars. These I call "dead" planets - there is no life at all, and they show no sign of regulation. Their temperature follows what the Sun does; as it warms up, they grow hotter. If there were no life on Earth, the temperature on our planet would be way up above 60C, possibly 100C; there would be no water, it would be a giant arid desert, just like Mars and Venus. It is instead a cool, beautiful world, because of the life that is on it. It has been present for three and a half billion years; and however the Sun's output of energy has changed, life has kept the planet comfortable for itself, for its continued survival. The life out there is necessary for our welfare; we cannot just go taking it for our convenience, cutting down forests, turning the productive oceans into the marine equivalent of deserts, and expect Gaia not to take revenge. Grim future In 100 years' time, I would expect life to be very grim. I suspect that people will be migrating towards what will be more comfortable parts of the Earth like the Arctic basin. To an extent Siberia and northern Canada may flourish. The British Isles, I have often felt, will be blessed, because our oceanic position means that the intolerable heat that will hit Europe even by mid-century will not affect us anything like as badly. But social effects there will certainly be. Many good scientists say that by 2050, almost every summer in Europe will be as hot as it was in 2003. In that case I can foresee a mass movement of people from mainland Europe to Britain, because they are free to come, it is their right to come. We are overcrowded enough already; where are we going to put them? Call to arms During the last week I have had the benefit of wise comments from seven well-respected scientific peers who have examined the content and the message of my book. I have listened to what they have all said and taken it aboard.

Listen to the debate Having done that, my general feeling is there is not a lot I would rewrite; I would be more careful in the way I phrased some passages, but the content would be pretty much the same. And it is crucial to see what the book is not. It is often claimed to be a counsel of despair; critics say it will cause people to throw up their arms and say "what's the point of doing anything, let's just enjoy it while it lasts". It isn't that at all. I compare these times to the period just before World War Two; I remember it so vividly, because I was a young student in those days, and concerned about things. People did not see the almost inevitable consequence of war coming as something to be frightened of; they saw it as an opportunity, strangely enough. And once war did come, people were amazingly busy, finding jobs, doing all sorts of things; there was a sense of purpose around. I hope that as climate change worsens that same sense of purpose, that almost tribal pulling together, will work again, to find such solutions as are still available in Gaia's damaged state.
Professor James Lovelock is an independent scientist and the originator of the Gaia hypothesis His recent book The Revenge of Gaia formed the basis of a BBC panel discussion on Monday and Tuesday The Green Room is a series of opinion articles on environmental issues running weekly on the BBC News website

Thanks. Do you think anything could be done by us (students) to change this situation?

The major topic covered in this note (which I think) is Global Warming.

I think that we (students) can motivate our community for using non-conventional sources of energy to fulfill our daily needs, with the help of social media like Brilliant, Facebook, etc. Maybe you can also add some ways to solve these issues in your note.

When I was young, in the Southern California region, cold, foggy mornings was the usual. Mountains were thick with snow in winters. When I hiked in the High Sierras, deep snowpacks well into the summer was common, and water was always plentiful wherever I went up there. Today, in Southern California, temperatures hover around 80 degrees overnight. Foggy mornings are just a memory, I cannot remember the last time we had such a morning. The High Sierras don't hardly have much of a snowpack any more even in the winter, and water up there is becoming scarce during the summer months. Glaciers that have been part of the High Sierra landscape for millennia are now all gone.

We can argue all we want about whether or not "global warming is real or an exaggeration", the reality is that worldwide climate has changed, and we're beginning to see the degradation and possible destruction of farming in Central California, for the lack of water. Even the Giant Sequoias, after thousands of years of existence in the High Sierras, are facing extinction. Not to mention what's happening in the rest of the world.

Some people continue to claim that "scientists in the 1970s were predicting a return of the Ice Ages", so "why should we believe them now?" The reality is that back in the 1970s, numerous scientific papers were already being written about the steady rise of C02 measured in the atmosphere, and the implication that has. I first learned about this in a number of Scientific American articles over 40 years ago, decades before the general public even heard of the term "global warming". The consequences was as foreseeable and predictable as overfishing in the oceans, which today only has 50% of food stock compared to what there was half a century ago. Yet, today, people say "scientists didn't know any better back then, and they still don't."

When faced with a great crisis, the first reaction of people is always denial. Not shock, but denial. A problem is always made small by pretending that there isn't one.

There is diversity of opinions on the subject. I know there was conference in Copenhagen few years ago, where much of the science was challenged. There was also scandal with scientists' emails leak few years back.

How we see the world and interpret it is in part a matter of style and taste. I sometimes, but not too often, listen to James Corbett report.

In Quora, a graduate student gave a beautiful answer to the question, "Why do some scientists on the internet seem so arrogant?" This was her answer:

Imagine making fresh pasta. You spend days finding the best recipe, get to the store to buy all the ingredients, spend hours making it, and when it is done, you can finally taste the fresh, rich flavors. Being content with the outcome, you serve this pasta to your guests. One of them argues that it is not fresh, because he/she believes fresh pasta can not be made.

How would you respond? Who would you call arrogant?

This is precisely what happens with scientists on the internet. Many have to defend science against irrational opinions and beliefs. When a non-expert has an opinion different from an expert in the field, I think the expert has earned a right to be more authoritative. I don't think it is fair to call this arrogance.

This is exactly how a lot of climatologists feel today when they are under continual attack for having compiled and reported their findings. In almost every single instance, those attacking the findings of climatologists haven't even done any basic research on the subject. And there is no shortage of conspiracy theories about why we seem to be having climate change.

Polish Tatras were not affected that much as far as I know. I think it is still possible to ski on Kasprowy on May long weekend. Maybe it has something to do with the latitude.