Possible Violations of the Second Law of Thermodynamics (and Perpetual Motion) 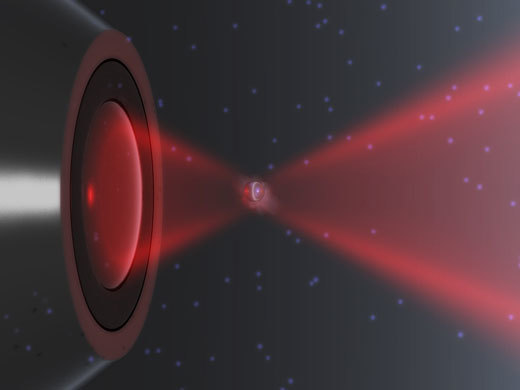 One statement of the second law of thermodynamics is that the entropy of a closed system is always increasing with natural thermodynamic processes. Originally, this was a purely empirical observation, so some physicists set out to disprove the law in hopes of finding a more general law. None truly succeeded in doing so. It is still, to a great extent, an empirical law, but we understand the math behind it better as a consequence of statistical thermodynamics.

For the past 20 years, researchers have tried to find exceptions to the second law. Surprisingly, some have (more or less) succeeded. It has been about a year since one of the most recent examples: here. It has been about 13 years since one of the most widely circulated examples: here. A possible fundamental violation of the second law happened here.

Now I ask you the following questions:
1) Out of the 3 examples above, which (if any) of them actually violated the classical second law, and to what extent?

2) Can you think of any potential violations of the 2nd law?

3) Due to these violations, is it actually possible to achieve a perpetual motion machine?

Answer whichever of these you want to.

Note by Caleb Townsend
6 years ago

As the Second Law is in essence a statistical one, there is a non-zero probability that it can be "violated", i.e., that the entropy of an isolated system can spontaneously increase. As your examples show, this can be found to occur over short periods of time for microscopic systems. The Fluctuation Theorem quantifies the probability that this increase can occur. The last example you cite is particularly impressive; apparently absolute zero isn't absolute after all. These examples also show how exciting the future is for nanotechnology; if a perpetual motion machine is possible, this is the field in which it will be found.

The second law of thermodynamics is a circular law. Yes heat generally flows from hot to cold. It only makes sense. No need for the second law. Moreover common senses: Heat will generally flow from where the thermal energy density is highest to lowest. Nothing brilliant here.

As for the second law's accomplice, i.e. entropy: the entropy of a system of molecules increases. Molecules will tend to disperse. Nothing scared in that. Its no different than billiard balls on a table - hit the balls and they disperse. So what. Yet the idea that entropy increases is taken to have a demigod status, while the dispersion of molecules is not. Come on people think.

The second law was formulated to explain work lost by cyclic heat engines in the 19th century, i.e the Carnot engine. Wherein a beautiful eloquent math was equated to PdV, that being work that is commonly lost, or if you prefer we often write: TdS=E+PdV.

And since this lost work is continually experimentally found to be equal to: PdV, well we all believe in what is taught verbatim. Come on it only equals PdV because in the 19th century we equated it to PdV

We all have been taught that the second law is demigod law. It is not. It is a circular law, with very limited validity. everything that we claim is due to the second law can be explained in other simpler terms.

May I suggest that you see: Peer reviewed: Note the referees biggest concern was that this paper takes down 150 yrs of indoctrination based upon such a simple argument. 1) http://physicsessays.org/browse-journal-2/product/1173-24-kent-w-mayhew-second-law-and-lost-work.html

Concerning 1) where the referee was more concerned with the fact that such a simple argument can take down the second law. Has he never heard of Occam's razor.

Anyhow the cat is hopefully out of the bag and may we dispose of this second law BS once and for all.

I agree, I think the second law is equivalent to the statement "hot is hotter than cold by definition," although it helped shape early thermodynamics. Furthermore I think entropy is a bad approximation of the truth, since macroscopic mechanics (and the ideal gas law) don't really apply to gases as easily. But now we have supercomputers that can accurately simulate heat transfers throughout a gas and entropy seems silly in retrospect.

My main problem with the second law, though, is how professors cling to it as a constant axiom of physics, like Newton's laws of motion. I don't think it will remain on its throne for much longer. In the words of a contemporary physicist, news of inconstancy may lie ahead.

Now I have a question for you Kent: did you join Brilliant for the purpose of this discussion? If so, I recommend that you look around the website, mostly the community section. There are thousands of community-designed problems in different fields of mathematics and science (and most recently, finance). There are also many community discussions such as this one. I guarantee there must be at the very least 100 problems that pique your curiosity, so perhaps check the topics that you are interested in, and give a problem a go.

I joined brilliant mainly for the purpose of spreading the word against the second law, or at least opening the eyes of others to the possibilities that the second law is a bogus circular based law and to the fact that (okay my belief) entropy is nothing more than a mathematical contrivance.

Certainly my interests extend far beyond thermodynamics, so I am open to other discussions. I realize that there are hundreds of other problems.

I do not mean to be rude but at this time in my life I am concentrating upon showing others that both entropy and the second law are the two biggest blunders ever in science. Of course getting others to understand why is another thing. And the biggest issue is how does one get the powers to be ie those who hold strong positions in science to expunge their theoretical stances.

I will try this with you. If I ask you: 1) Does an expanding system displace the Earth's atmosphere? 2) Does the atmosphere have mass?

What would you answer, I assume yes.

Then is not the displacement of this mass (our atmosphere) upwardly against gravity? If you say yes then it requires work. The amount of word for an ideal gas can be shown to be :PdV

If you answer yes and accept what I say then you are ahead of the experts in thermodynamics.

Because to acknowledge that an expanding system must displace our atmosphere's mass hence requires work is something an expert in thermodynamics does not want to acknowledge. They prefer to write TdS=dE+PdV and then use a whole bunch of partial derivatives to confuse us into thinking they are right when they are not

PdV is actually the basis of lot work or if you prefer work lost by expanding systems. Please understand that a reason that entropy and the second law were conceived in the 19th century by the likes of, Clausius, Boltzman, Lord Kelvin and Maxwell ( to name a few) was to explain why energy was lost by cyclic heat engines - namely the Carnot engine. Moreover they formulated the fundamental of statistical mechanics/physics and equated things to PdV or if you prefer as I said the set: TdS=dE+PdV

No wonder thermodynamics has become such an illogical mess

Another issue now becomes; like a heard of lemmings we all (including me) fell into the void of believing what we were taught in university without ever questioning it's sanity. why because we spent so much time trying to figure out how to navigate thru all these shuffling partial derivatives that we lost sight of any logic

It turns out that entropy is a mathematical contrivance with limited real meaning - now wonder everyone has a different interpretation as to its meaning.

And that the second law is limited in its truest context - so limited that it should not apply to anything , yet we have been taught that it applies to everything

Furthermore entropy and the second law should not apply to the universe, like the big bang.

Entropy has nothing to do with the arrow of time

If you care to have further discussion I am open.

@Kent Mayhew – I am sorry to simply re-post but i want to try something with you. (anyhow since it is now out in my peer reviewed paper, there can be no harm done: my paper is entitled "Second Law and Lost Work" in March 2015 edition of journal "Physics Essays"

The statement is wrong in that it should say: the second law of thermodynamics is that the entropy of an isolated closed system is always increasing with natural thermodynamic processes.

So as much as you may consider my addition of isolated to the statement on this page, it is a fundamental addition that renders the second law of thermodynamics into a useless law.

Moreover the original statement included the word entropy. a word that has little meaning or should I say means something different to everyone. I assume that by the context of the word, they are implying entropy to mean "the randomness of molecules in incessant motion" (the mid 20th century meaning) or perhaps Frank Lamberts definition " the dispersal of a system's molecule's energy"

In so far as I love those definitions can someone please tell me what randomness has to do with energy?

Perhaps entropy should just be the heat capacity of an inhomogeneous closed system i.e. the old: TS=systems energy

sounds great but consider a N molecule ideal gas; by kinetic theory its energy is : 3NkT/2 so does that mean that I can write TS=3NkT/2?

sounds fine by what about enthalpy TS=E+PV which then is transformed by the ideal gas law PV=NkT So now can I write: TS = NkT

The point I am making is that entropy cannot be two different things. It cannot

Sure it can be one or the other but it cannot be both. and then I invite you to tell me what does enthalpy or the energy of a gas have to do with randomness anyhow.