Well , Here we begin with some basic things about electricity, Come In Few Increasing Difficulty! Any suggestion or Something Like, Comment! 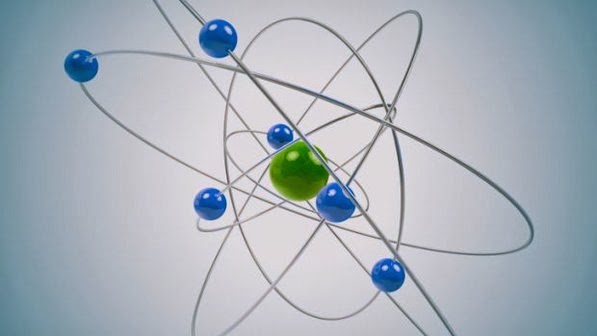 All bodies or materials are composed of atoms, and these are made up of smaller particles called electrons, protons and neutrons.

Protons and electrons carry electric charge of the same intensity (value) but of opposite signs, in which the positive charge is the proton and the electron, the negative charge.

In atom in its natural state there is a predominance of electric charge by the number of protons equals the number of electrons, which makes it neutral. However, when he loses or gains electrons we say it is electrified.

Positively charged body : If a body has a greater amount of positive charges, we say that has lost electrons, and thus it is positively electrified.

Note: A body never win protons, because it is located in the central part of the nucleus of the atom.

Negatively charged body : It is when a body has more negative charges than positive, ie, when gains electrons

Attraction of bodies : When particles are electrified with loads of opposite signs, attract. Example :

Repulsion of bodies : When particles are electrified with loads of equal signs, repel.

When two bodies are initially neutral rubbed, and is electrified, because of the friction caused a body will be positively charged and the other negatively charged.

Experiment : Take a small piece of paper and a pen! Next, arthritis Pen in Her Hair and After Aproxime of Paper!

Electrification by contact : When two bodies (one electrified and one initially neutral) contact, the neutral body gets the same load electrified.

Electrification by induction : That's when the electrification of an initially neutral body (induced) occurs by simple approximation of a charged body (inductor), without making contact between bodies. The armature must be connected to earth or to a larger body that can provide you with electrons or that it receives in the flow caused by the presence of the inducer. Electrification by heating : Certain bodies, when heated, is electrified by presenting contrary electricities names in two diametrically opposite points. The phenomenon is called pyroelectric phenomenon. It is more common in crystals, such as the tourmaline.

Electrification by pressure : Certain bodies, when compressed, is electrified, displaying electricities names against the ends. The phenomenon is called piezoelectric phenomenon. It is also more common in crystals, such as tourmaline, calcite and quartz.

Yeah nice note, can you expand on it in more detail, for example current electricity and static electricity.

Sorry, keep it up