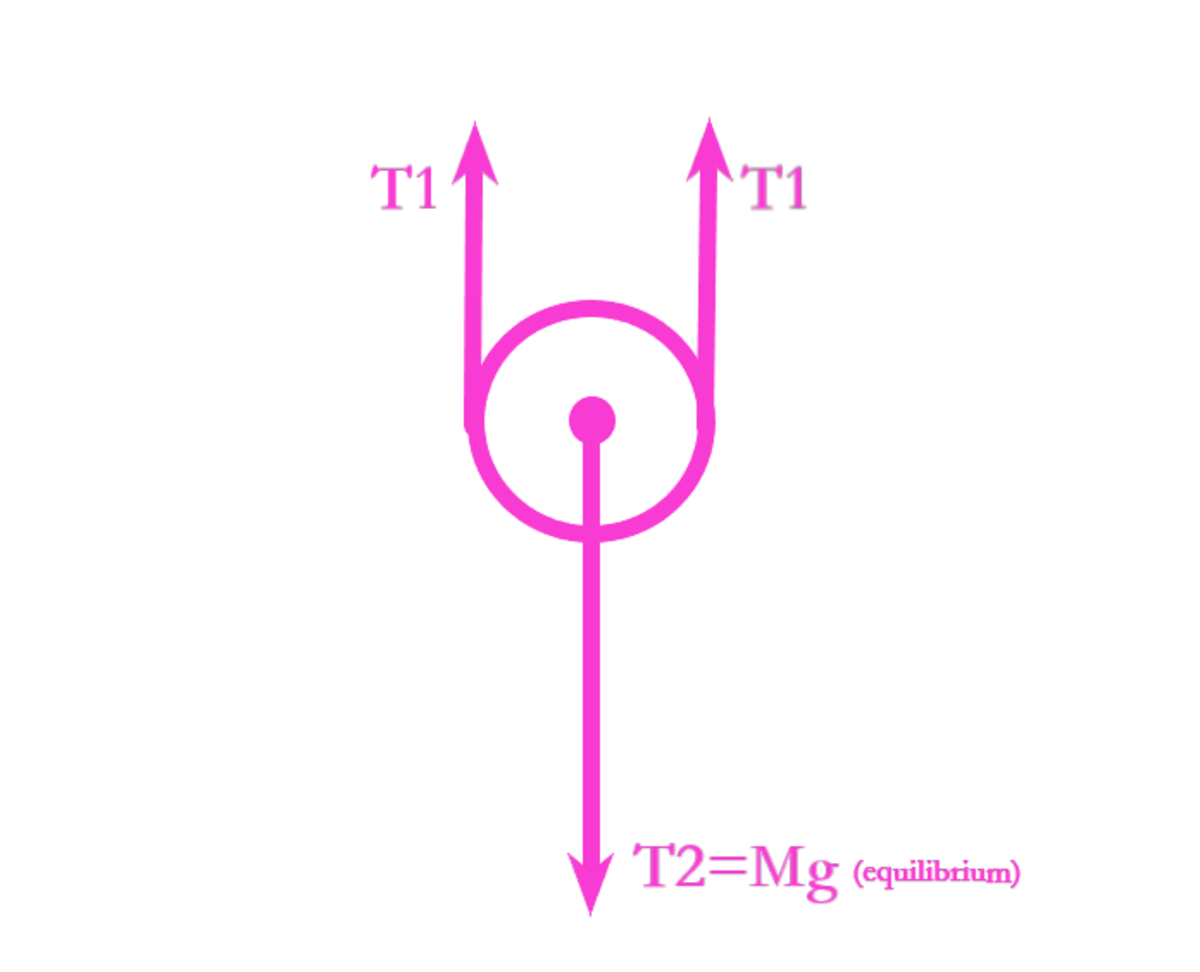 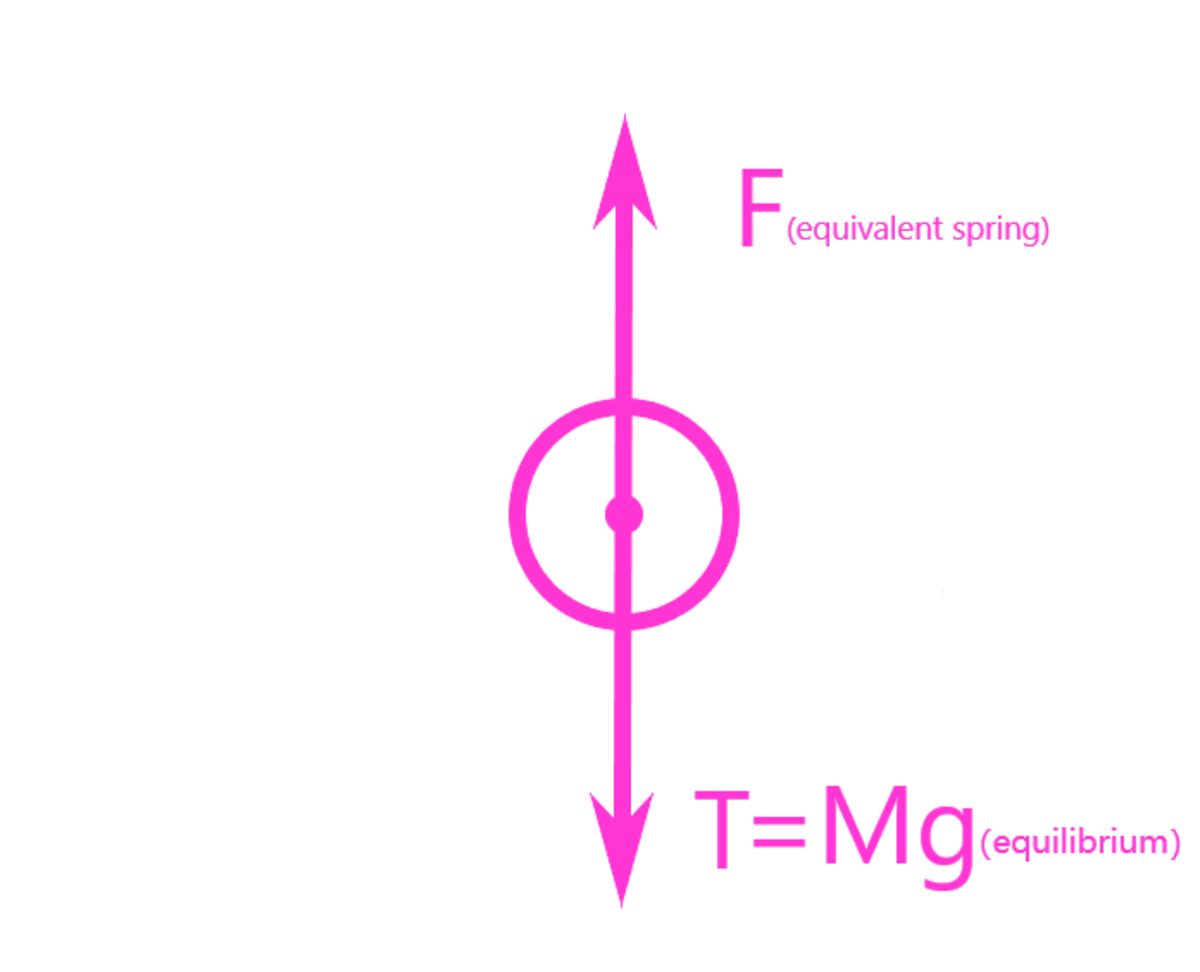 Since my friends and I are taking non-calculus based Physics classes, we were shocked by the solutions given for their complexity. We found out a much simpler way to solve the problem--even people who have just learnt AP Physics 1 can understand.

First, assume that at the initial conditions (before oscillations start), both of the springs are at their initial lengths. At the instance when the pulley-spring-rope-mass system reaches equilibrium, Free-body Diagram of the movable pulley is shown below, (image 1) where tension in the rope with springs is T1 while tension in the rope to hang the mass is T2. The ropes are massless, so tension should have the same magnitude in a rope.

At that point, the movable pulley is in state of equilibrium so the net force acting on it is zero, which means taking upward to be positive)
Fnet=2T1-Mg= 0,
T1=Mg/2.

Assume that the springs are uniform. By Hooke’s Law, displacements of the springs have magnitude of
ΔX1=F1/K1=T/K1=Mg/2K1 and
ΔX2= F2/K2=T/K2=Mg/2K2, respectively.
The lengths of ropes are unchanged, so the pulley’s displacement from initial position has a magnitude of
ΔXpulley=total increased length of springs(and ropes, which equals 0)=(ΔX1+ΔX2)/2=( Mg/2K1+ Mg/2K2)/2.

Then, consider the springs to be one equivalent spring, whose spring constant can’t be obtained directly from method of connecting springs in series or in parallel (the two springs’ amplitudes are DIFFERENT in the oscillation). Forces acting on the movable pulley can be now considered as: (image 2)

Note by Veronica Luo
3 months ago

Please use latex... it's almost unreadable.