I was thinking about this for a while. Clearly, if gravity was just 9.8m/s (velocity), we would all feel a sudden tug and then infinite weightlessness. But what if gravity turned into jerk?

Would it be possible to fly?

Theoretically, could you jump higher?

How much energy would it take to escape earth's orbit? Could you even escape?

How long until the earth crashed into the sun?

Of course, since gravity would constantly increase, if all other forces stayed the same, we would probably just slowly be crushed ): So assume gravity starts at 0m/s^2 when answering the above problems.

But here's another question. What if ALL forces were in terms of jerk instead of acceleration? What would that look like? Would it simply seem exactly the same as before?

What about if everything went up a derivative?

What if everything except light-speed went up a derivative? 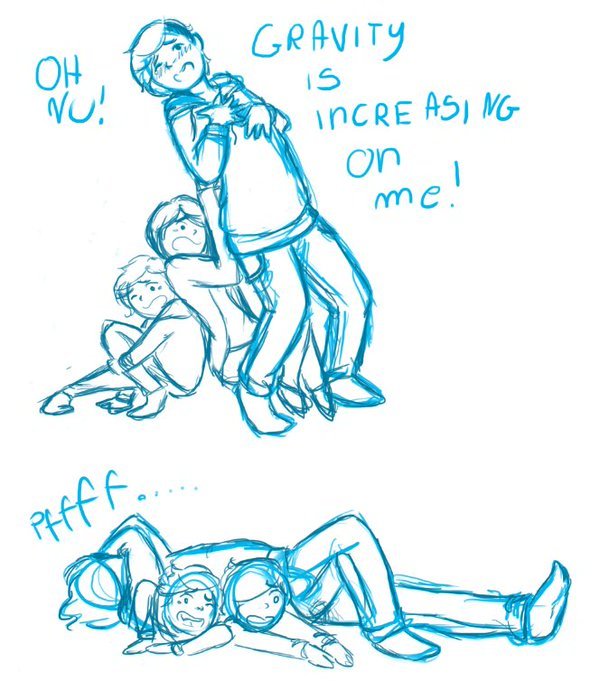 Did you know that constant acceleration is indistinguishable from being in a gravitational field? If that were not true, then General Relativity would not hold.

No, but you ruined it :( I'm not asking if it's possible (clearly it's not), I'm asking what it would be like if it were true.

Everyone dies! Because, at this rate the jerk would cause an enormous amount of acceleration leading the Earth to become a black hole.