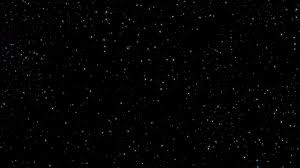 As we Know In Space Various Infinite star's are embedded in sky Like as Plum pudding . And Star's have Their own Shines (See whitish when we see them naked eyes in Nights) But Still Space (sky) appears Black.

∙ why Can't Such Large Number of star's Together Provide It a colour , (I mean to say why sky don't appear whitish type) ?

∙ why Not Space appears Reddish in colour (or any other colour) , till this date ?

You're bringing up the ghost of Olbers' Paradox. Some German astronomer Olbers wondered about the same thing back in the 18th-19th century. If there's an infinity of stars, why is the night sky dark? Various reasons were proposed, such as

1) Maybe there aren't an infinity of stars after all
2) Maybe the universe hasn't be around all the time, so light from faraway stars haven't reached us
3) Maybe the distribution of stars is a fractal, so that in spite of there being an infinity of stars, the result is that the night sky is still dark (this one is hard for most laymen to understand, but it's a nice math problem).

but now the standard explanation is that the universe is expanding, and faraway stars are red-shifted so far over that they appear black, i.e., gone off the deep red end, as appears to the naked eye. So, that answers the 2nd question, which is, if we could see the bulk of the stars that are billions of light years away, they'd appear very deep dark red, and that would be the trending color of the night sky. But it's just too faint for us to perceive this color.

Effort was actually made to determine what would the color of the universe look like if all the stars were bright enough to see well from here, and not affected by the Hubble expansion redshift. A survey of some 200,000 galaxies was done and "color corrected", and added up, and the final answer was,

"It's kind of a beige color"

Thanks Sir ! So is It is due to Low frequency of Red Light , we can't detect the Light . And Sir does it mean after big bang universe is expanding so Relative distance b/w Source emmiting light is increasing that's why apparent frequency is changing.
I have one other doubt : Just after Origins of Humans ,Does initially space appears bluish type or any other intermediate colour of VIBGYOR ?

And Sir Since I'am just High school student , doesn't studied Big-Bang theory and Astronomical Science , So will You Please Tell what is " Hubble expansion Red shift " , I feel gratified if you Help !

Also I have one another doubt : Sir After Big - bang Since Enormous Energy is Produced and every thing is originated from a Point , and after that event Galaxies , earth , Planets , stars and many other Things are forming continuously , So I think that energy is continuously converted into mass , so does It Mean that after some Time expansion of Universe will stop , after converting whole energies into mass ?

Please don't angry if you found my every silly doubt's useless . These are just my views , I feel great if you put some Lights on them.

Also I always curious to know that what is your actual Job (other than Doing Brilliant.org ) ? Is you an Professor at some University ? Or anything Else ? Also what are Your field of research ?

@Siddharth Singh – Conversion of mass into energy and vice-versa is what happens during stellar nucleosynthesis, so you are right about that. It's the stars that are the crucible of the elements of the periodic table.

Give me chance to get back to these questions later, a day or so.

size of star is irrelavent to the space between the stars

Must be Dark Matter !!!! Just kidding