Though pairing heaps are very simple to implement, they can be difficult to analyze. In fact, finding the exact bounds on the running time of pairing heap operations is still an open problem[1], but the current best guesses for running times are listed in the complexity section.

Pairing heaps are used in algorithms associated with minimum spanning trees, and like other heaps, pairing heaps can be used to implement priority queues.

Each node keeps track of the following information​: a pointer to its leftmost child node and pointers to its sibling nodes. The pointers in the pairing heap shown above look like this.

Here is how pairing heaps implement the basic functionalities of heaps and the time complexity of each operation. These operations describe a min pairing heap, but could be easily rearranged to work for max pairing heaps.

In a pairing heap, finding the minimum element is very simple — just return the top element of the heap.

In a min heap, the minimum element is the root of the heap. To delete this element, delete the root node. If the root had two or more subtrees, these must be merged together into a single tree. Because there are no parent pointers, it is more difficult to tell if a deletion will cause a heap property violation (unlike in other heap implementations). There are many ways to check if a heap violation is caused, but the simplest is called a two-pass pairing or a two-pass merge. On the first pass, the two-pass pairing moves left to right merging pairs of trees, and on the second pass, it moves right to left and merges the rightmost subtree with the remaining subtrees, one tree at a time. Two-pass pairing was inspired by splay trees.

These images show how the two-pass merge works. 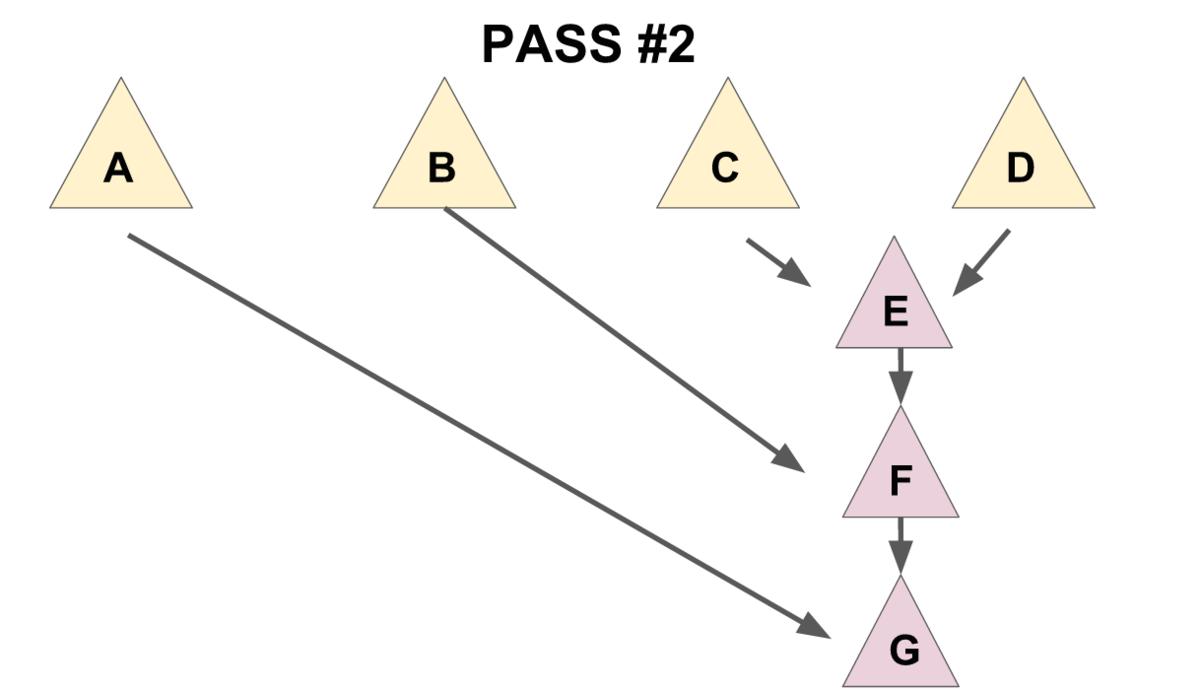 Inserting an element is like merging the element with the heap.

Here is an example where the added node does not violate the min-heap property. 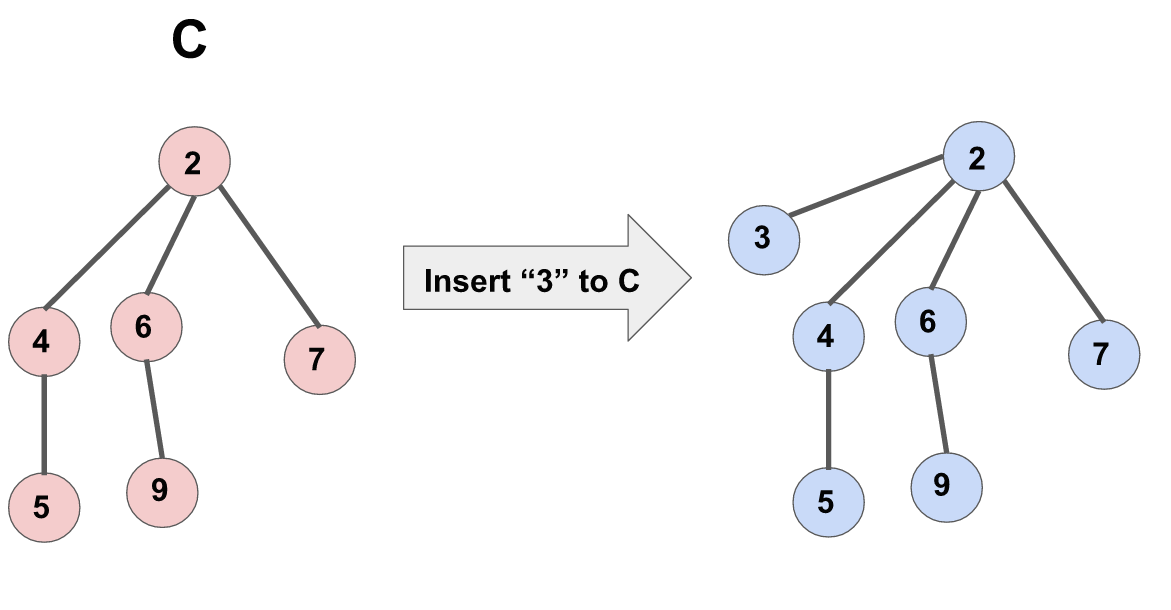 Here is an example where the inserted node does violate the min-heap property (since it is smaller than the root), and must become the root. 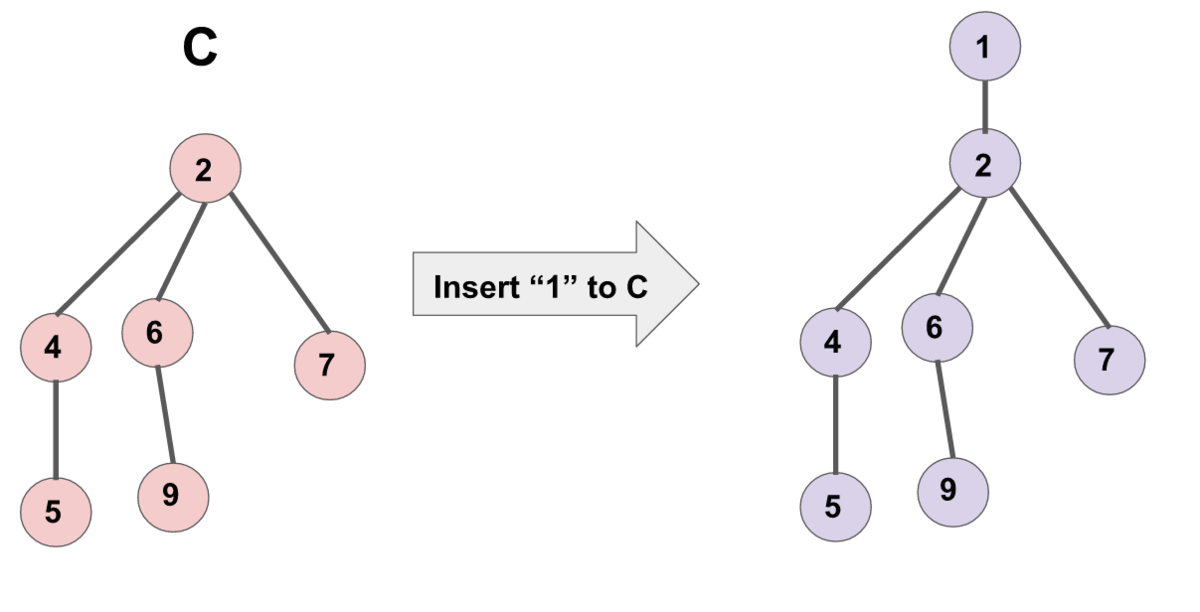 To delete a node n, detach the subtree that is rooted at node n. Then, delete n from the tree and merge its subtrees into one subtree using a two-pass method (as described in the extract-min section). Merge the detached subtree with the subtree resulting from the two-pass.

Let's say we want to delete the root node, 1, from this pairing heap. We will think about the heap in terms of its pointers.[3]

And finally, they are merged together. 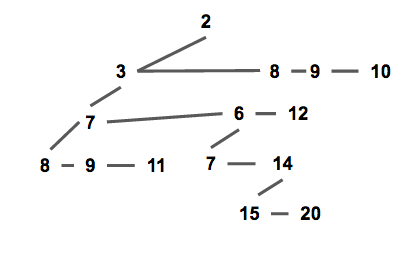 To decrease the key of node n, if n is already the root or if n is a new key that is greater than or equal to its parent, no additional steps are needed. If n is a new key and is less than the value of its parent, to maintain the min-heap property, action must be taken to produce a valid heap.

In pairing heaps, the corrective action is as follows.

Here is a pseudocode implementation of pairing heaps.[4]

Python implementations of pairing heaps can be quite long, but here are a few examples of Python pairing heaps: here, here, and here.

Here is a table[5] describing the amortized running times of operations on pairing heaps.